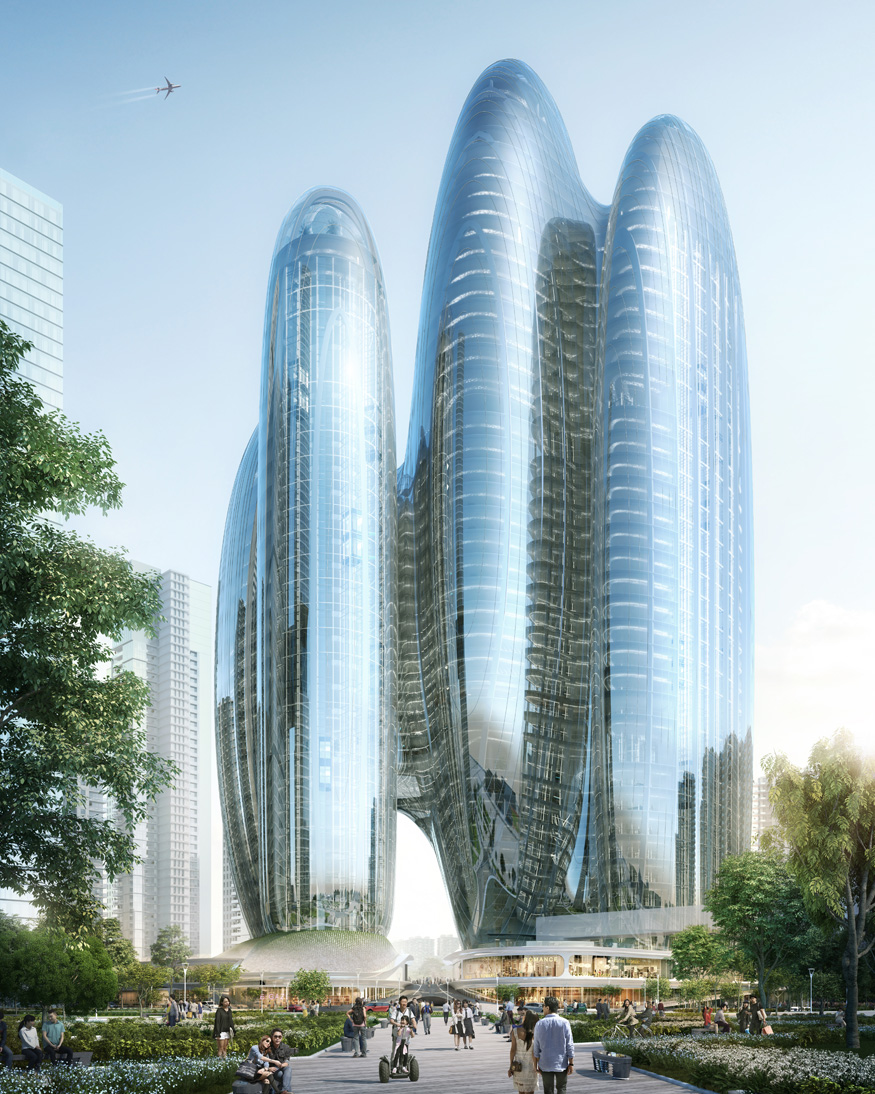 Cosmic architectural form and traditionally smart for Zaha Hadid Architects, the headquarters of OPPO, the Chinese manufacturer of smartphones, is to build in 2025 in Chinese city Shenzhen. Rapidly growing in the technological sphere of phone and internet communications, the company founded 6 research institutions, 4 center for research and development and global design studio. 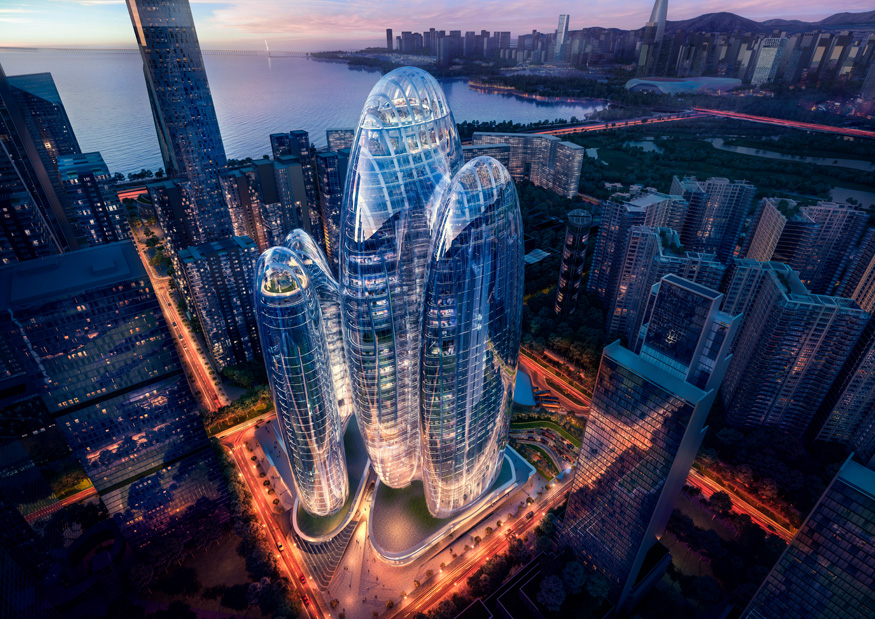 Like a giant, made smooth by sea waves "stones"-towers were united by architects Zaha Hadid Architects in an ensemble architectural unit. The construction besides claims on full transparency and visual openness. 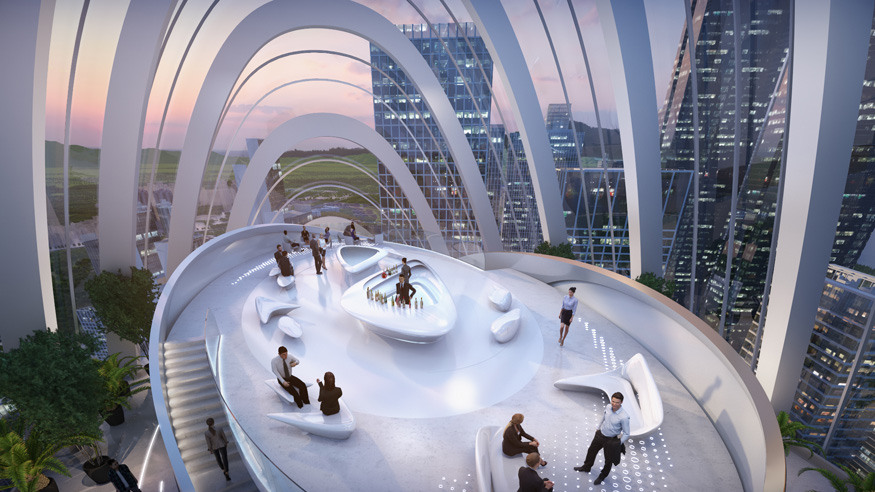 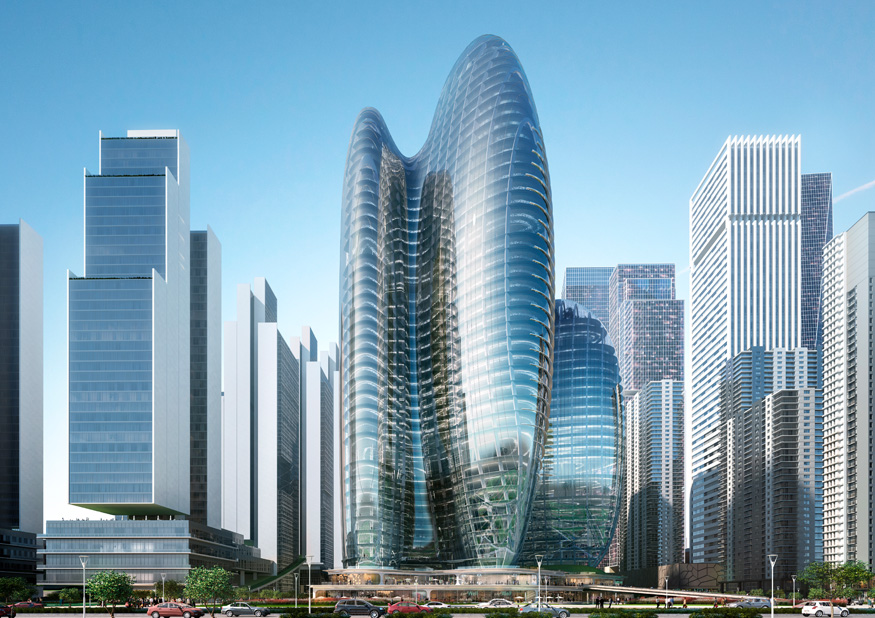 Locating the towers' service cores externally frees the centre of each floor from obstructions; providing uninterrupted views throughout the building that will enhance interaction between employees. 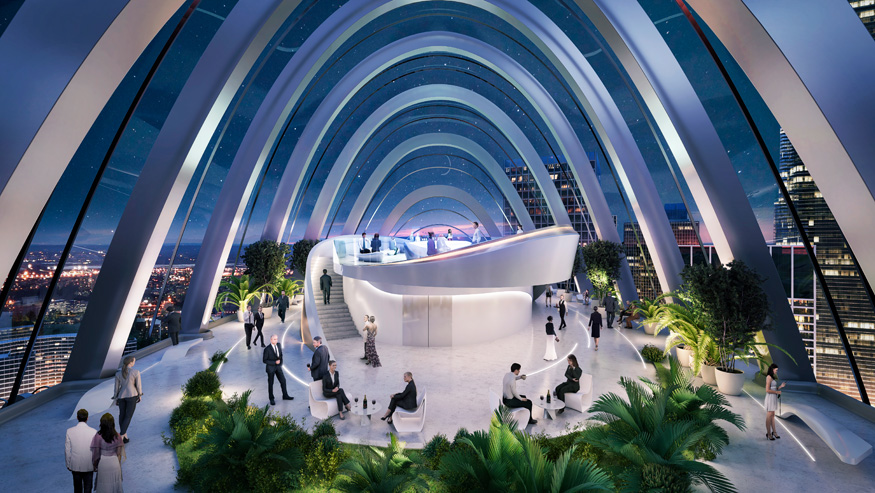 The abundance of natural light, varied working environments and diversity of routes for staff and visitors to move through the building are all conducive to creative engagement. Large atrium spaces unite all occupants through visual connectivity, helping to foster collaboration between different departments of the company. 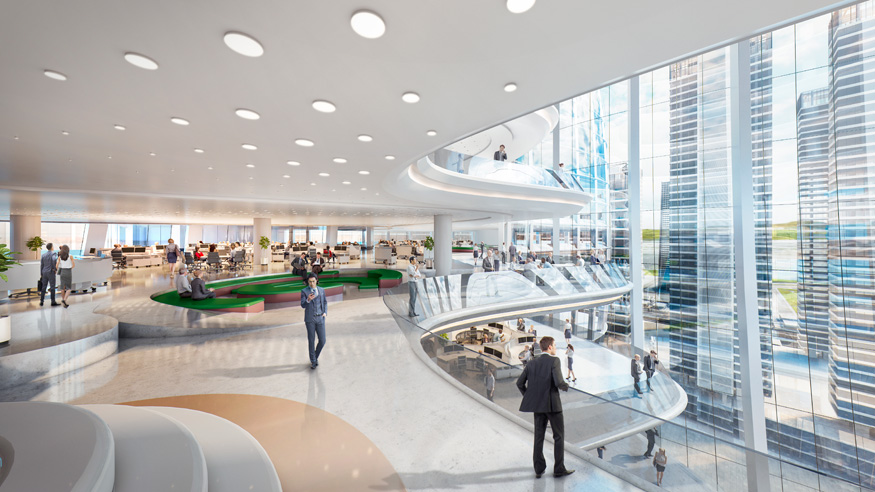 The building was developed as a new civic space for the city with a public walkway diagonally traversing its centre. OPPO’s headquarters will include a landscaped plaza, art gallery, shops, restaurants and a direct link to the adjacent station of Shenzhen’s subway network. 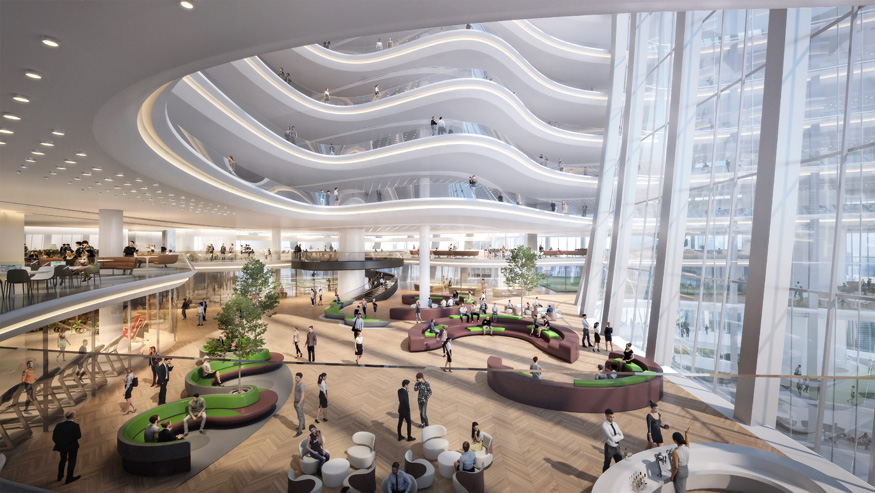 The 10th floor Sky Plaza will provide local residents, visitors and OPPO employees with varied dining, leisure and entertainment facilities, while the rooftop Sky Lab will be a popular public space with spectacular views over one of the world’s most dynamic cities. Following LEED Gold certification of ZHA’s Leeza SOHO tower in Beijing and Generali Tower in Milan, the new OPPO headquarters has been designed to target LEED Gold from the US Green Building Council; developed with 3D Building Information Modelling and energy management systems to optimise efficiencies. Following the international competition, Zaha Hadid Architects (ZHA) has been selected to build OPPO’s new headquarters in Shenzhen, China. 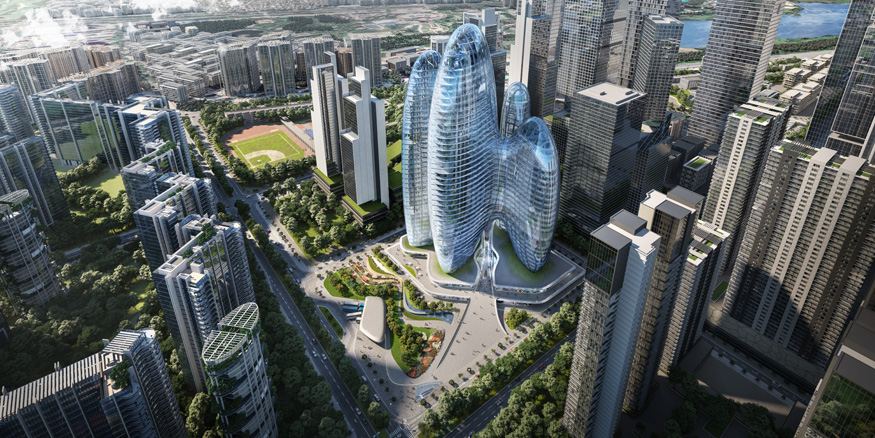 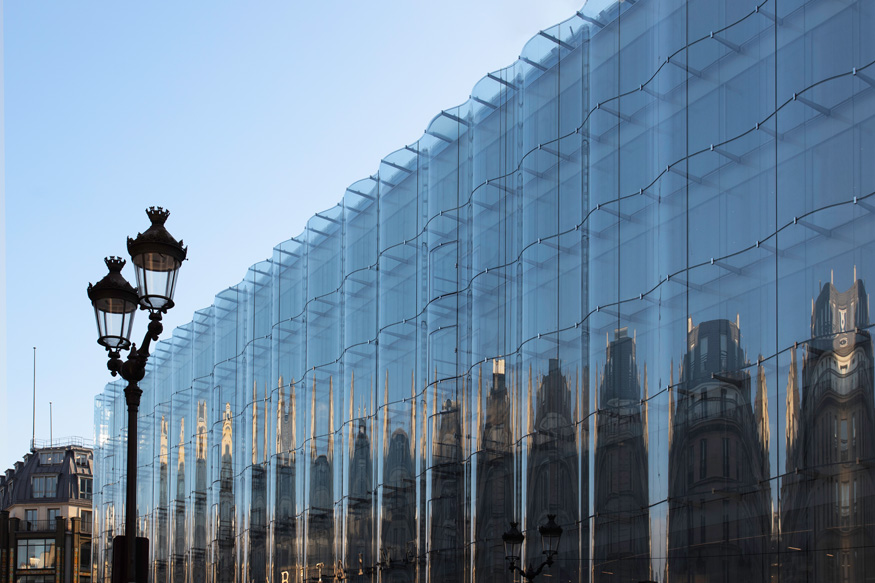 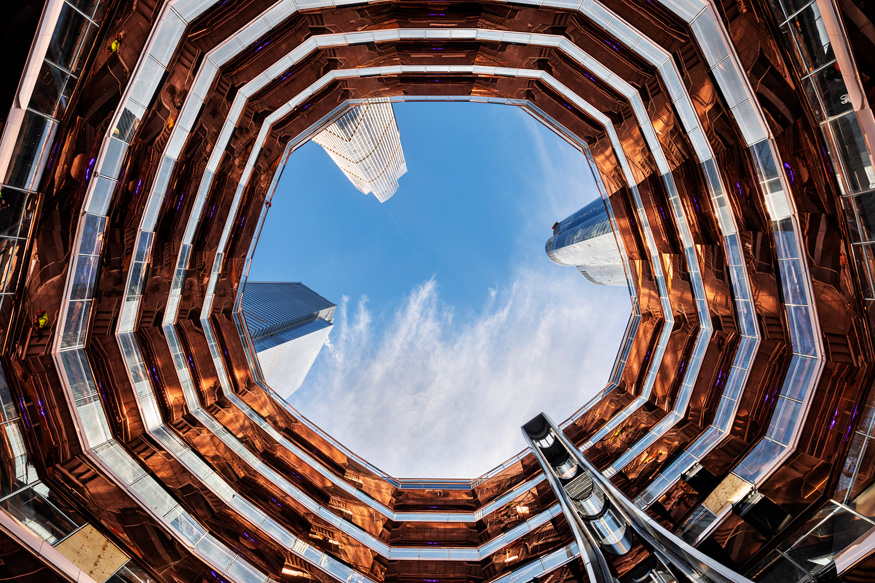 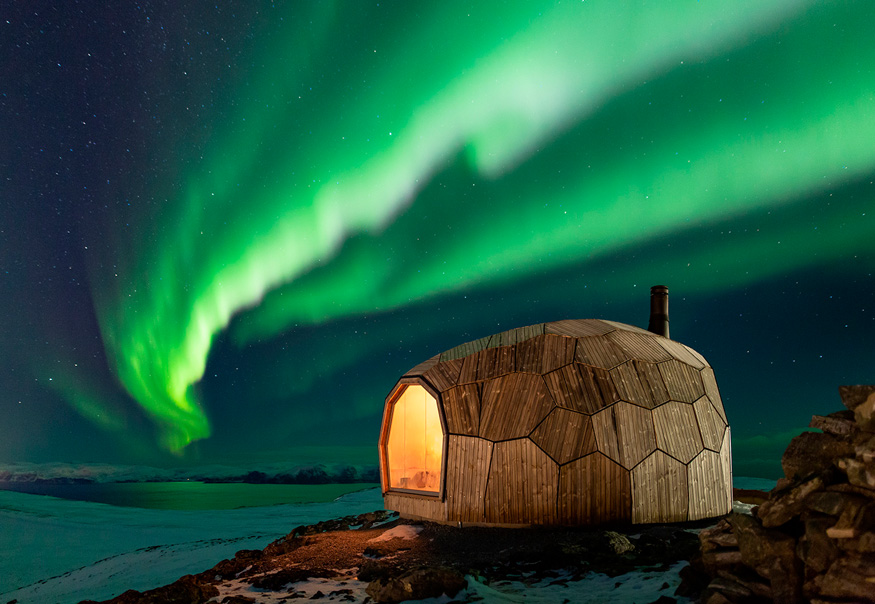 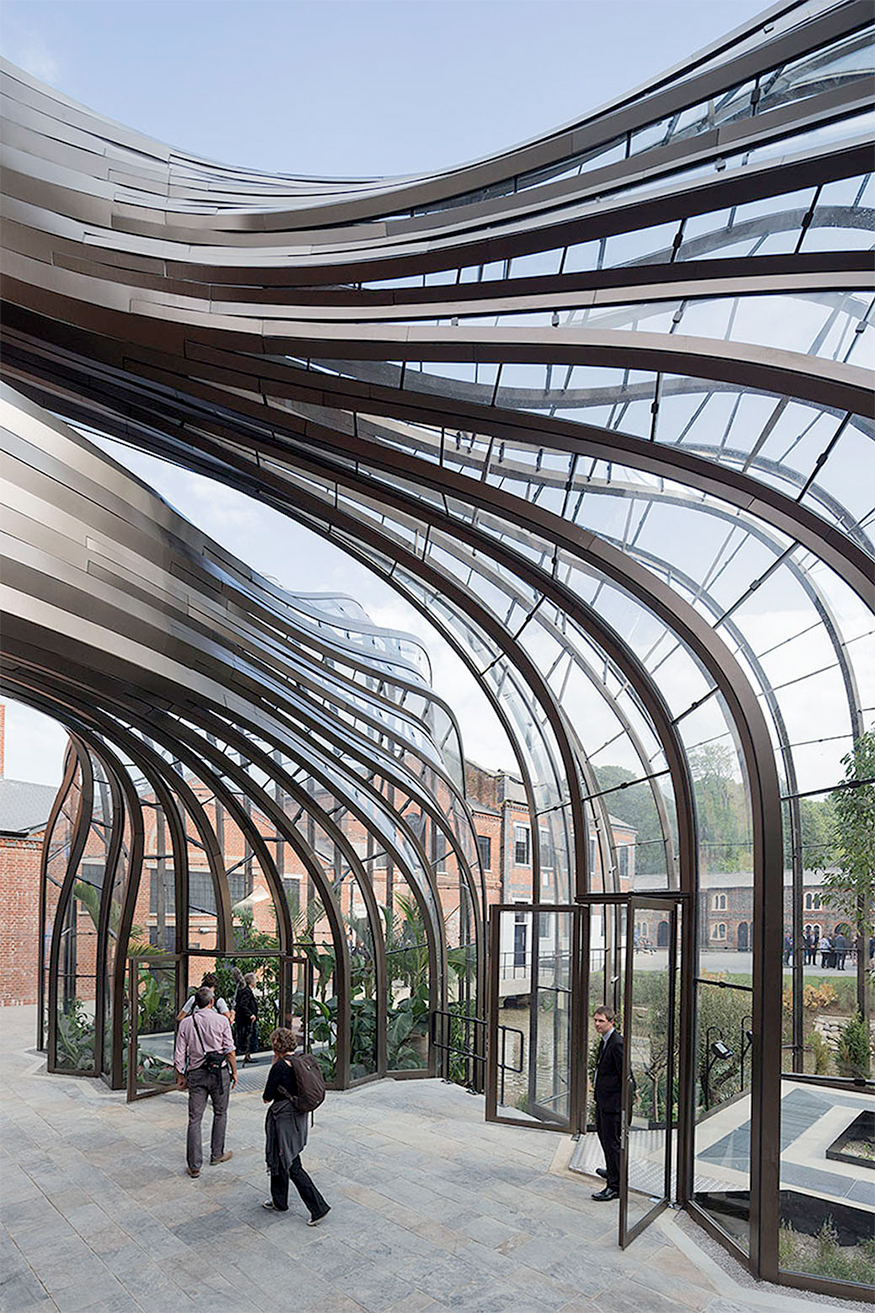 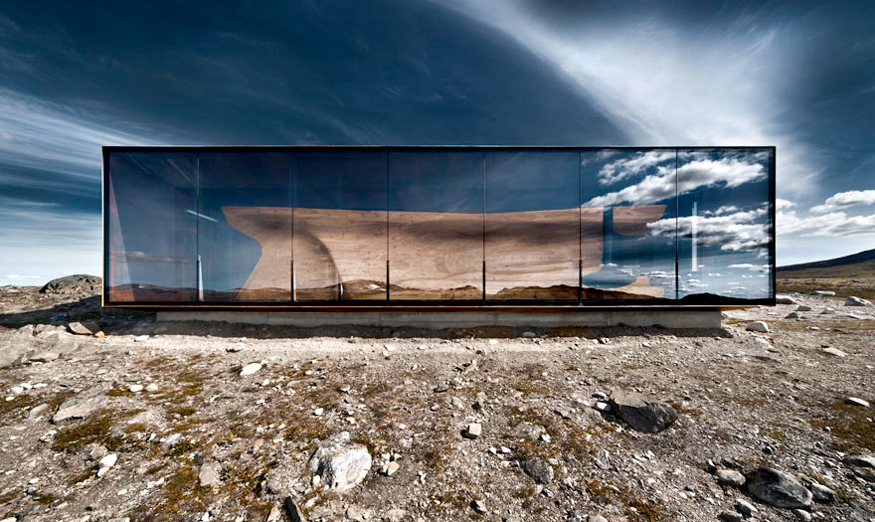